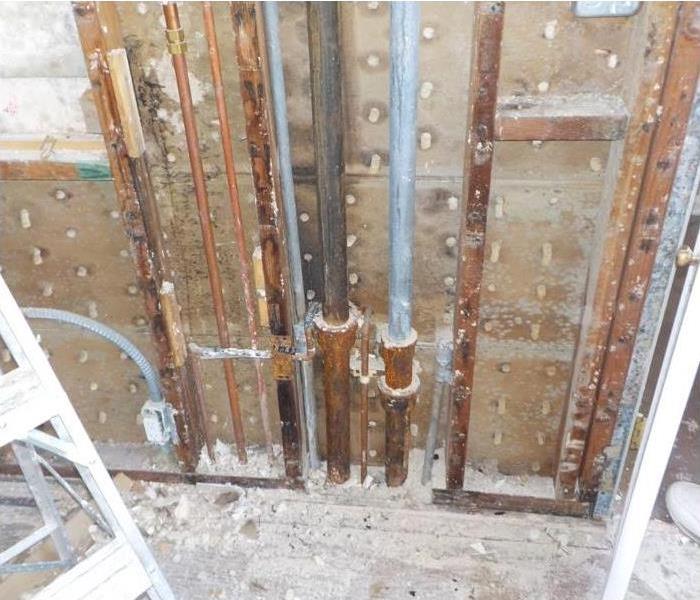 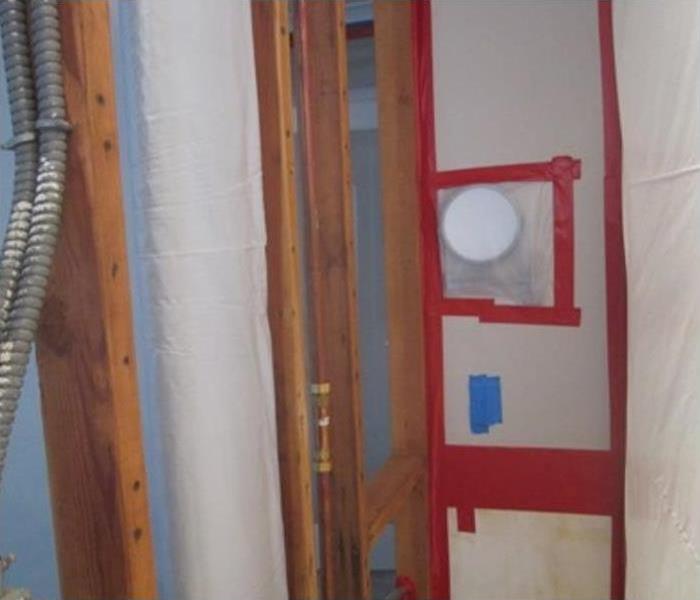 SERVPRO of Arcadia was initially called by a customer in Pasadena, CA to take care of a water damage that was caused by a broken pipe in the Bathroom and Bedroom common wall. Our crew began extracting water, removing carpet and carpet pad. We then set up air movers and dehumidifiers. After exposing the walls for ventilation, SERVPRO of Arcadia, discovered visible mold spores on the wooden studs. Reacting quickly, the crew removed the air movers and set up air scrubbers instead. We took proper mold remediation procedures, by sanding and sanitizing the affected areas. SERVPRO of Arcadia made sure that the affected areas were properly decontaminated and mold free!